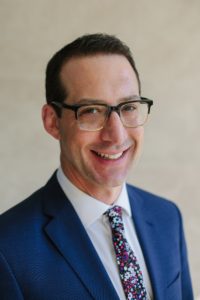 Rabbi Michael Satz was born and raised in St. Louis, Missouri. He studied Jewish Studies and International Relations at Tulane University where he received his Bachelor of Arts degree. At Hebrew Union College–Jewish Institute of Religion he was granted his Masters of Hebrew Letters. He was ordained in 2007. Rabbi Satz has worked as an Assistant Rabbi at Congregation M’kor Shalom in Cherry Hill, NJ and as an Associate Rabbi at Beth Israel in San Diego, CA and Holy Blossom Temple in Toronto. Rabbi Satz brings a wealth of knowledge and experience in worship, pastoral care, youth and adult education and social action. Rabbi Satz believes that “Judaism is a dynamic, evolving and pluralistic tradition. Through texts, music, prayer, celebrations, Israel and relationship people experience Judaism in many different ways. The Rabbi’s job is to help facilitate these experiences for Jews in community with other Jews.” Rabbi Satz has assumed leadership roles within the greater community in Canada and is a leading voice for the interfaith community in Toronto. He is also a Steering Committee Member at Faith in the City in Toronto and a Board Member of ARZA Canada.Rabbi Satz is married to Rabbi Janice Elster. They have two sons, Eitan and Ammiel, ages 9 and 5, and now reside in Morristown, NJ. 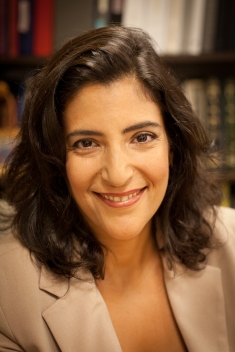 Cantor Galit Dadoun Cohen was born and raised in Ashdod, Israel. She earned her Bachelor’s of Music and Artist Diploma from the Ruben Academy of Music in Tel Aviv University. She came to America to prepare for her Master’s of Music, which she received from City University of New York’s Brooklyn College. In 2010, Dadoun-Cohen was ordained Cantor from the Hebrew Union College – Jewish Institute of Religion (HUC-JIR). Since then, she has served as the Cantor of Temple B’nai Or, where she is affectionately referred to as Cantor Galit.

Galit Dadoun Cohen has sung opera and classical song in Europe, Israel and the United States prior to becoming a Cantor. In addition to her service to Temple Bnai Or, Cantor Galit serves the larger Jewish community through invitations to sing in concerts, festivals, and diverse projects throughout the United States. In honor of her 40th birthday, she gave an opera concert to raise funds to buy a grand piano for the Temple B’nai Or sanctuary. She is also scheduled to take part in the revival of the Jewish Opera Hannah, which will be performed in December of 2014.

Along with her husband Joe, Cantor Galit shares the gratitude and endless joy of raising their three daughters Danielle, Naomi and Maya. 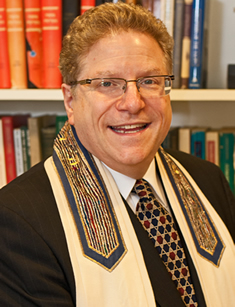 Rabbi Emeritus Donald B. Rossoff, DD, RJE, joined as the Senior Rabbi of Temple B’nai Or in 1990, and retired in 2015. During his tenure he fostered an innovative, inclusive and caring community. Long an advocate for Jewish education and camping, Rabbi Rossoff, has spoken at various congregations and Reform movement settings on Jewish theology and mysticism, Bible, Outreach to the Intermarried, and issues surrounding death and mourning.  Long active in Israel affairs within the Reform Movement, in 2005, he was awarded the “Ohev Yisrael – Lover of Israel Award” from the Rabbinic Counsel of the Association of Reform Zionists of America, and in 2012, he was given an award for his dedication to the community by the Martin Luther King Memorial Committee.

Rabbi Rossoff has published a children’s book on spirituality, The Perfect Prayer, Adonai Li, a musical setting of Psalm 118:6, and contributed chapters to The Jew in the Modern World: A Documentary History, edited by Paul Mendes-Flohr and Jehuda Reinharz and Chosen Tales: Stories Told by Jewish Storytellers, edited by Peninnah Schram. He is a graduate of Northwestern University, Spertus College of Judaica, Hebrew Union College-Jewish Institute of Religion, and the Rhea Hirsch School of Education.

Rabbi Rossoff is married to the former Francine Schulman, RN, who has been recognized and awarded for her outstanding volunteer work in the community. The Rossoffs have four children.