Temple B’nai Or is a Reform Jewish synagogue and a welcoming, diverse and caring community in Morristown, New Jersey. We are dedicated to serving God by serving others and connecting the values and visions of the Jewish people to our lives today. Just as we look back on our sixty years, we look forward to enriching the sacred relationship that binds the Jewish People with God and with our Heritage. 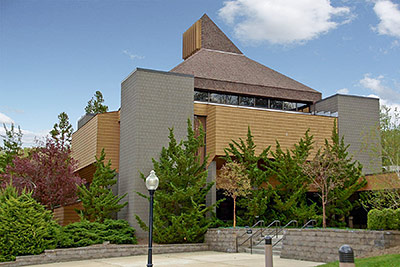 Temple B’nai Or is Morris County’s oldest Reform congregation and is closely entwined with the history of Morristown itself. Temple B’nai Or was conceived on June 20,1954, when eleven families met to consider founding a Reform Congregation.  When a second meeting brought twenty-five families together, plans for the new Congregation began in earnest.  Hillel Gamoran, then a student Rabbi, was invited to lead the Congregation, and plans were initiated to find space for the group.

The first Congregational Meeting was held at the Women’s Club in Morristown, and the South Street School was made available by the Morris Township Board of Education for the Religious School.  The new Congregation adopted the name B’nai Or, “the children of light.”   Regular Friday evening services were first held in the Parish House of the Episcopal Church of the Redeemer. High Holy Day services were held in the Parish House of The Presbyterian Church of Morristown. These early days formed the basis for what were to remain close relationships between Temple B’nai Or and many area churches.

The search for a permanent home for the growing congregation ended with the first of three gifts of land by the Honorable W. Parsons Todd, a former Mayor of Morristown, which the congregation gratefully accepted on March 23, 1955.   In May 1958, Temple first conducted religious services in its own building at 330 South Street.   In October 1960, an addition to the building was dedicated to house the Religious School, and in September 1971, our present building, with its unique design and picturesque location on 60 Overlook Road, was dedicated. 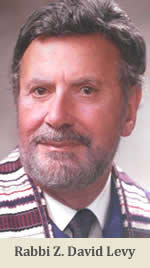 Rabbi David Baylinson succeeded Rabbi Gamoran and served for two years.   In August 1962, Z. David Levy became our Rabbi.   With his passion for social justice and many talents, he became a vital part not only of the Congregation, but of the community at large.  In 1963, Rabbi Levy led a Temple delegation to Washington, D.C. to be part of the March on Washington, where they witnessed Dr. King’s “I Have a Dream” speech. He was also instrumental in the creation of Morristown’s annual commemorations of Dr. Martin Luther King Day. In 1990, after many years of service marked by devotion and excellence, Rabbi Levy retired and became Rabbi Emeritus.

At that time, Rabbi Donald Rossoff joined Temple B’nai Or and was our 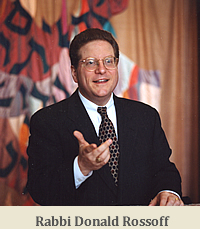 spiritual leader for the next 25 years.  He invigorated Temple with his devotion to the Jewish family, to Israel and the Jewish Community, to Tikkun Olam, to Jewish spirituality, to creative worship, and to interfaith dialogue.  He continues to serve as our Rabbi Emeritus. In 2010, Cantor Galit Dadoun Cohen brought her unique and wonderful gifts to Temple.

Temple B’nai Or has prided itself on its devotion to excellence in Jewish Learning, from PreSchool through our innovative Religious School and on to Adult Education. From our beginnings, Temple has been identified with the best in Jewish music, enabling our Temple family to worship together in joy.

After many years, we completed the construction of a new Educational Wing in 2007, housing the Joel and Helen Jacobs Religious School.  The new wing also provided a new Beit Midrash, a place to meet, study, and worship. The Schlosser Family Youth Lounge was renovated, as were the Aresty Family Social Hall, lobby, and offices.  Our expanded lobby created the space for the Linda Grandis Blatt Gallery, dedicated to the display of Jewish art and the artistic creations of our members.

Temple B’nai Or’s commitment to the community is reflected in the Tikkun Olam Award, given to congregants who have made a significant impact on our community and/or our Temple.